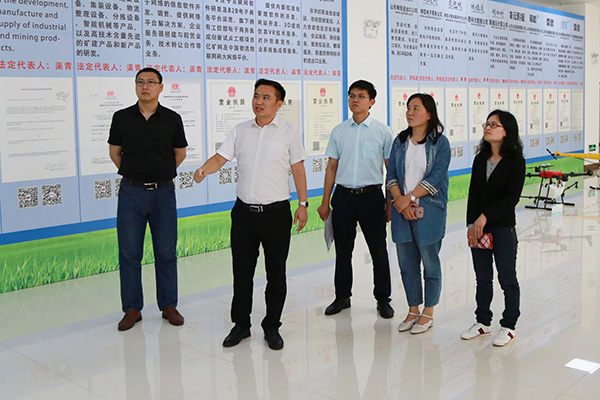 After the visit, the group held a welcom meeting with Yantai company's new colleagues. At the metting, Feng Zhenying, Party Secretary of the Group, expressed a warm welcome on behalf of the Group to the arrival of Yantai company's new colleagues. He hoped that everyone would make good use of the ten days to apply their knowledge and experience, and communicate with the e-commerce elites of the Group. He also hoped that everyone wold become familiar with the specific business process of e-commerce work as soon as possible, and make full preparations for the better entry of China Transportation Intelligent Machinery( Yantai) Co.Ltd. in the future.

Finally, Zhang Wen, general manager of the company’s cross-border e-commerce company, introduced the learning plan in detail to everyone. It is reported that Yantai's new colleagues will receive a ten-day training in the practical operation of e-commerce at China Transport . During the prtiod, there will be a professional e-commerce team business elite teach everybody. Let every new colleague enhance their pracitical ability and better adapt and custom the e-commerce business environment and corporate culture.